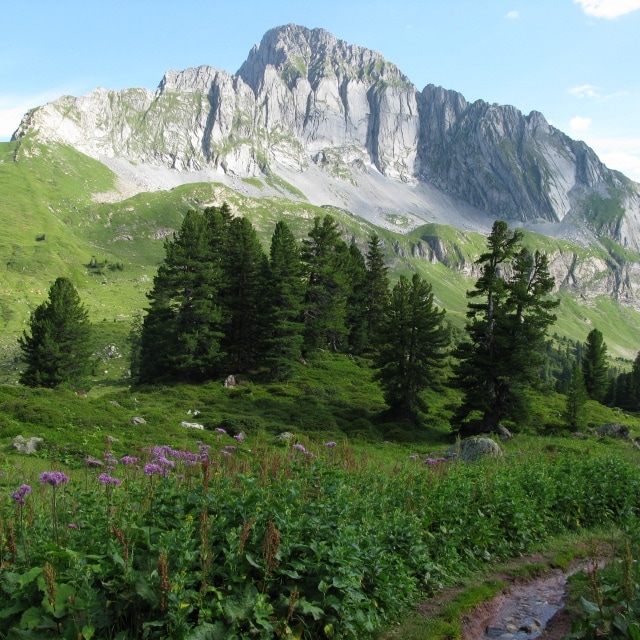 Ancient Swiss stone pine forests and moors in a terassed landscape shaped by glaciers. The blood-red Verrucano rock makes the soil impermeable to water. The result is a unique marsh landscape with streams, lakes and waterfalls.

The ascent to Gspon is steep and requires strength and stamina. The path leads along the Gsponbach to the Unter Mürtschen Alp. Copper and silver were mined here mainly in the second half of the 19th century. To the right of the path to Ober Mürtschen, the Mürtschenstock with its three peaks called Stock, Fulen and Ruchen reaches up to the sky. The three Murg lakes are accessible via Murgseefurggel. The lower Murg lake with its ancient Swiss stone pine forest has been included in the Federal Inventory of Landscapes and Natural Monuments. The starting point of the hike is Merlen, which can be reached from Murg by car or Murgsee bus (no timetable, only by appointment: 079 735 30 00).