What do you know about the formation of our mountains?

Experience the modern day perspective on the formation of the Alps – a huge crumple zone, formed by the collision of Europe and Africa.

The mountains shape the landscape of Switzerland. Yet we know very little about their origin. Mountains and valleys were created over almost unimaginably long periods of time. In them we discover traces of foreign, long since past deserts and seas. Fossils tell us about the former biodiversity. Learn more about the formation of the Alps and the World Heritage Sardona. 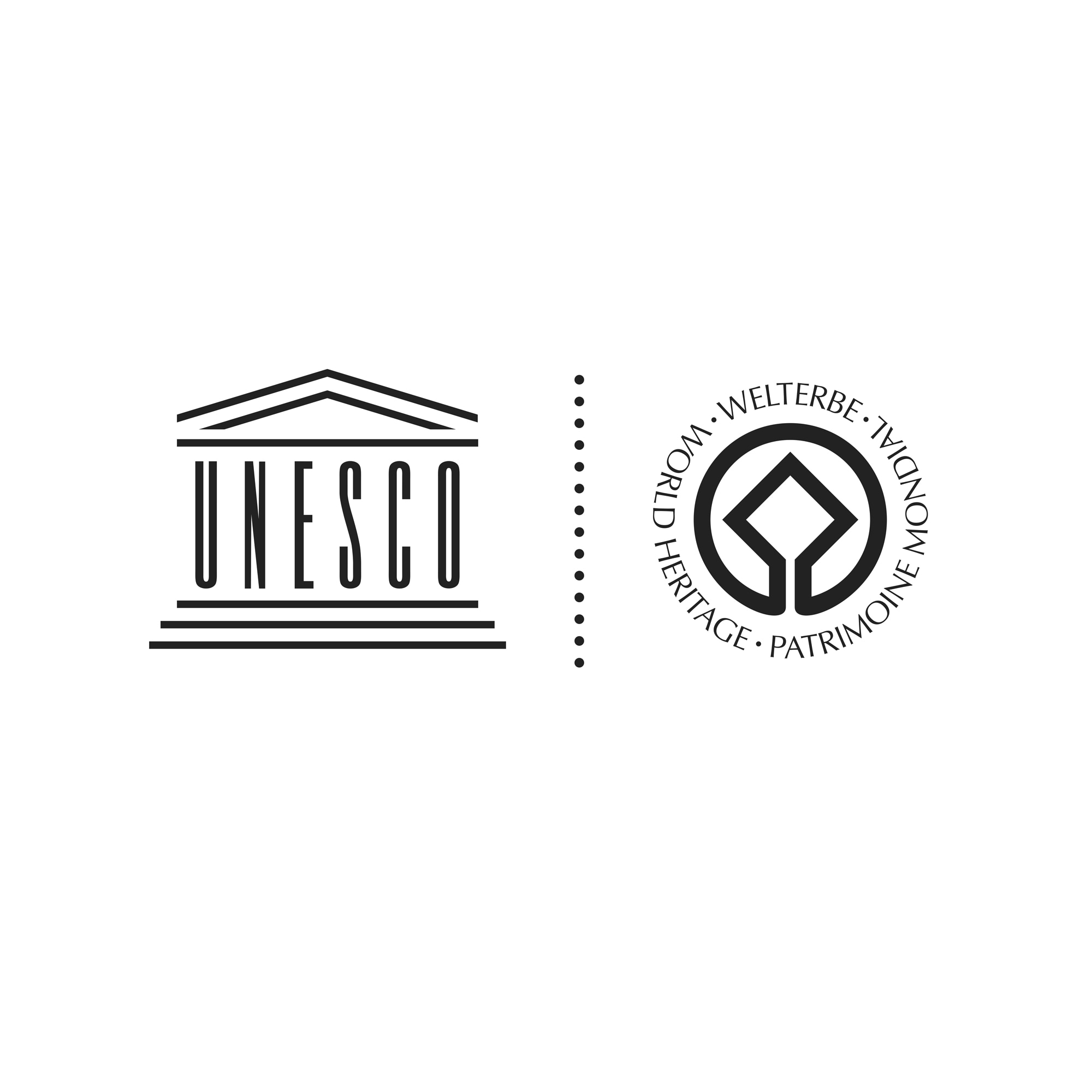 To distinguish unique natural resources that are worth preserving for all of humanity. They should be passed on unscathed to our children and grandchildren, this is at the core of the World Heritage idea.

In July 2008, UNESCO, the United Nations Educational, Scientific and Cultural Organization, included the Sardona World Heritage on the World Heritage List with the following explanation:

“The worldwide unique visibility of mountain building, the exemplary scientific history and the ongoing importance for geological research merit the inclusion as a World Heritage Site”.
A great award – but also an obligation for the three participating cantons and the World Heritage communities to take lasting care of this situation. 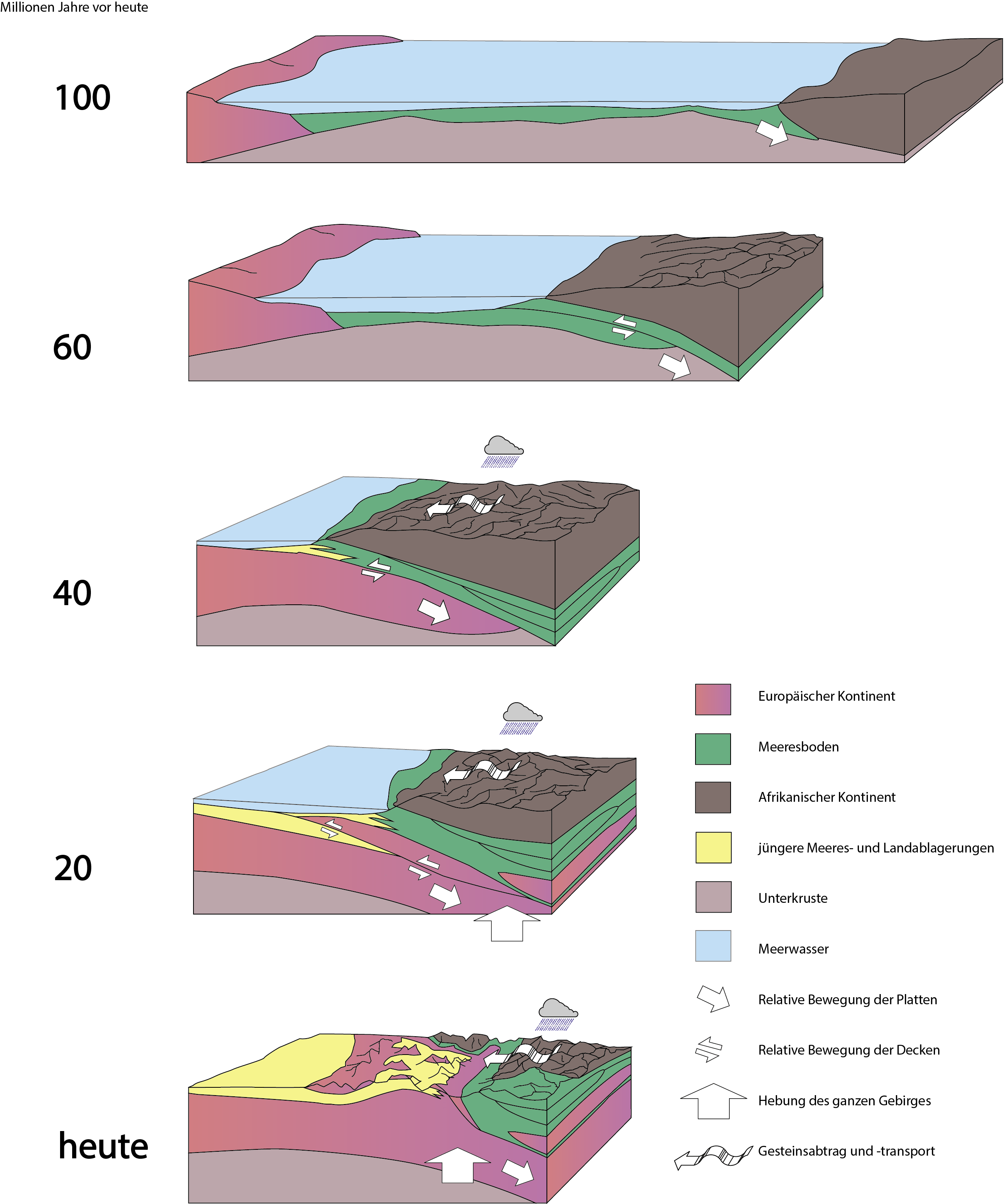 Formation of the Alps – understanding mountains

During the collision between the African and European continental plates, processes that led to the formation of the Alps occurred deep in the interior of the earth and on the earth’s surface.

100 million years ago, the African continental plate began to move towards the European plate at around 2 centimetres per year. Slowly a huge crumple zone developed underground, and the formation of the Alps began. The European plate deflected downwards and slowly sank into the earth’s mantle. Parts of the plates were scraped off and stacked on top of each other as huge packages of rock. At the same time, erosion, valleys and mountains appeared. The race between crumpling, stacking and erosion in the Alps still continues today – the formation of the Alps is not yet complete! 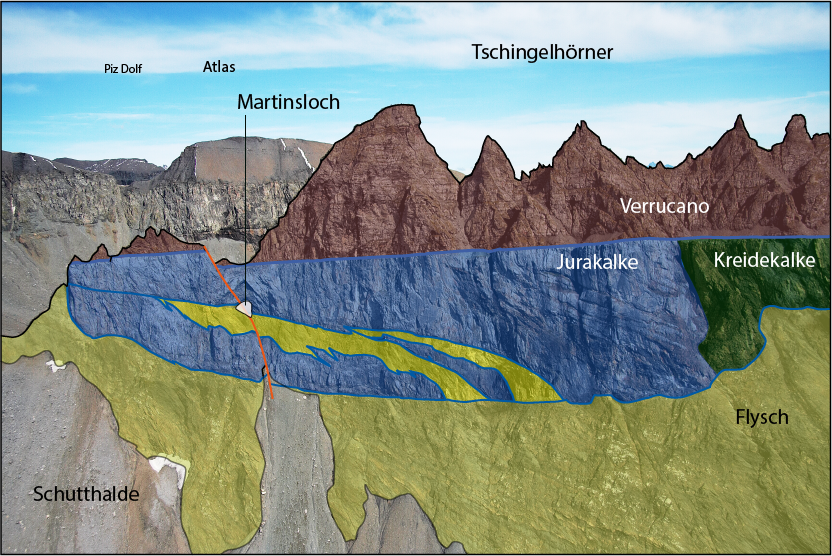 The folding of the Alps does not exist!

The term “Alpine folding” is a relic of the past. In fact, the Alps were mainly formed by the overthrust of rock packages.

The overthrust of rock packages occurs at the borders of huge areas. These are – with the exception of the World Heritage Sardona! – not recognizable on the surface of the earth. The sometimes spectacular rock folds are clearly visible in many places in the Sardona World Heritage and were surprisingly formed as a result of the large overthrust!

Overthrust and folding always go hand in hand. Both processes occur deep within the earth. Through gradual rise and erosion they reach the earth’s surface.

Piz Sardona and the Glarus Thrust

The “magic line” of the Glarus Thrust is clearly visible on the peaks all around the 3056-metre-high Piz Sardona.

This line represents a huge thrust surface, which was once formed deep within the earth. The rocks below and above this area are completely different, with an age difference of up to 200 million years! But that’s not all: the older rock is on top – the mountains are upside down around here!

In some places you get the feeling of being in the middle of an arena. That is why the Tectonic Arena Sardona around Piz Sardona is so unique. In addition, the rock layers here are particularly clear evidence of how the mountains were formed. 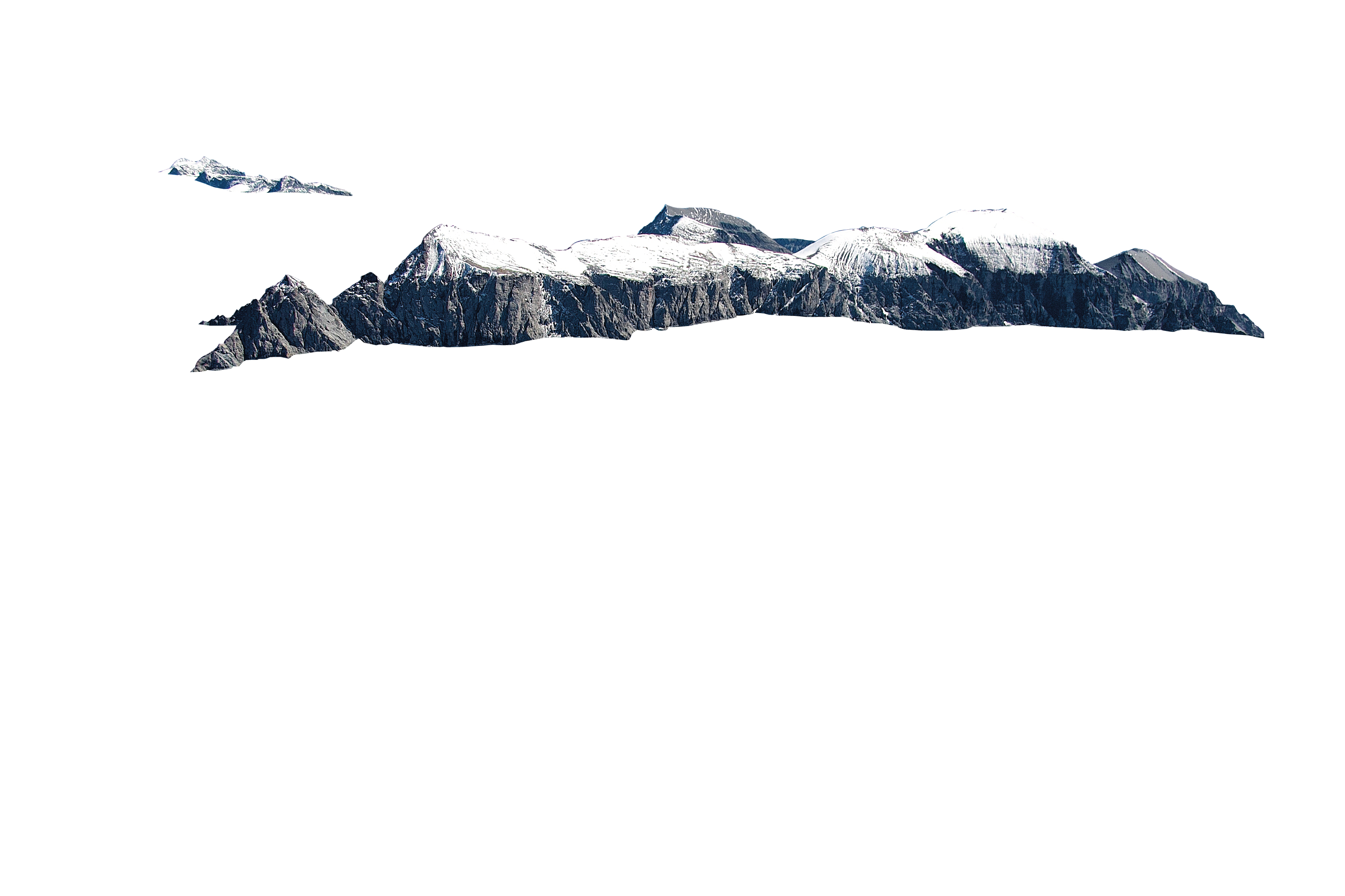 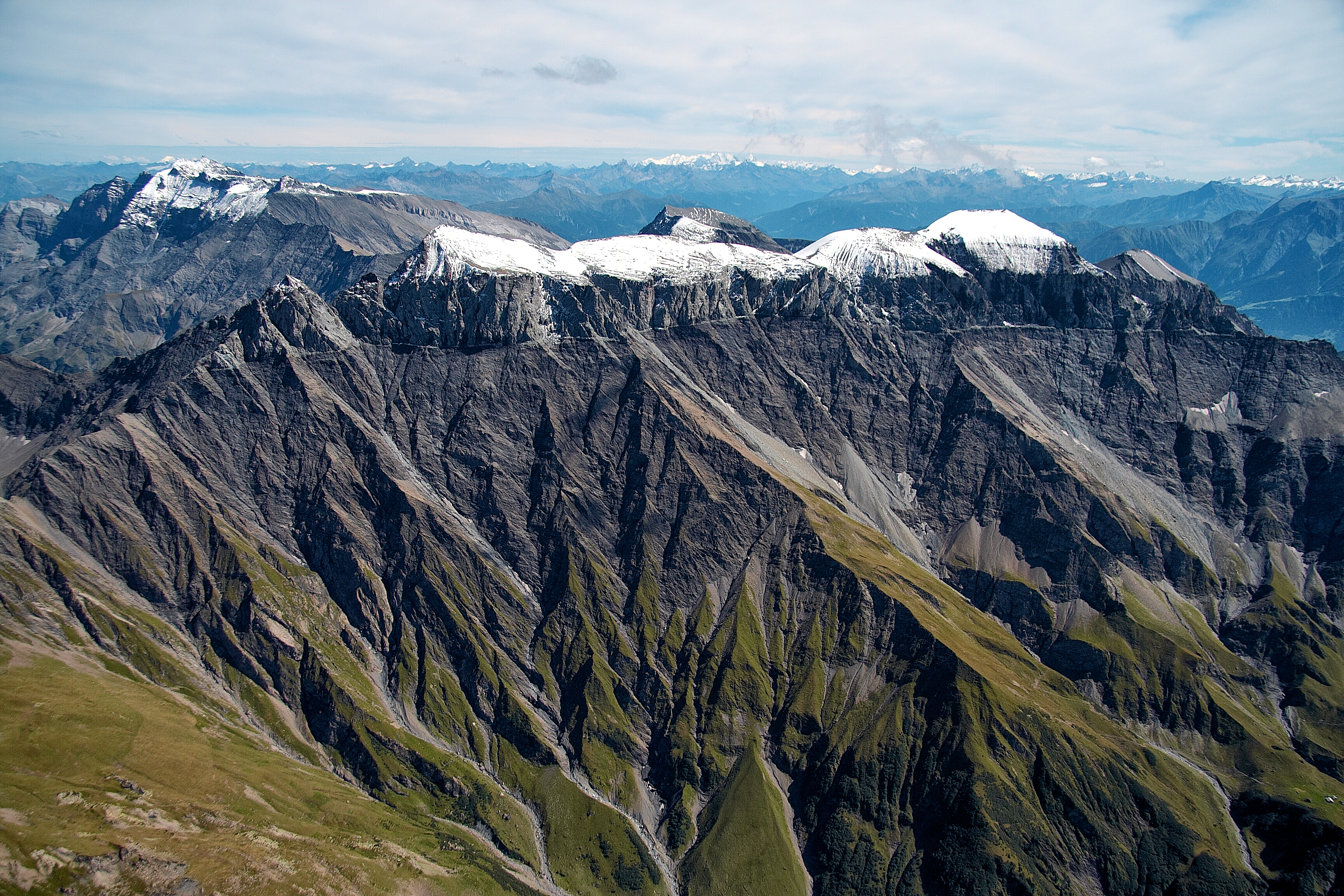 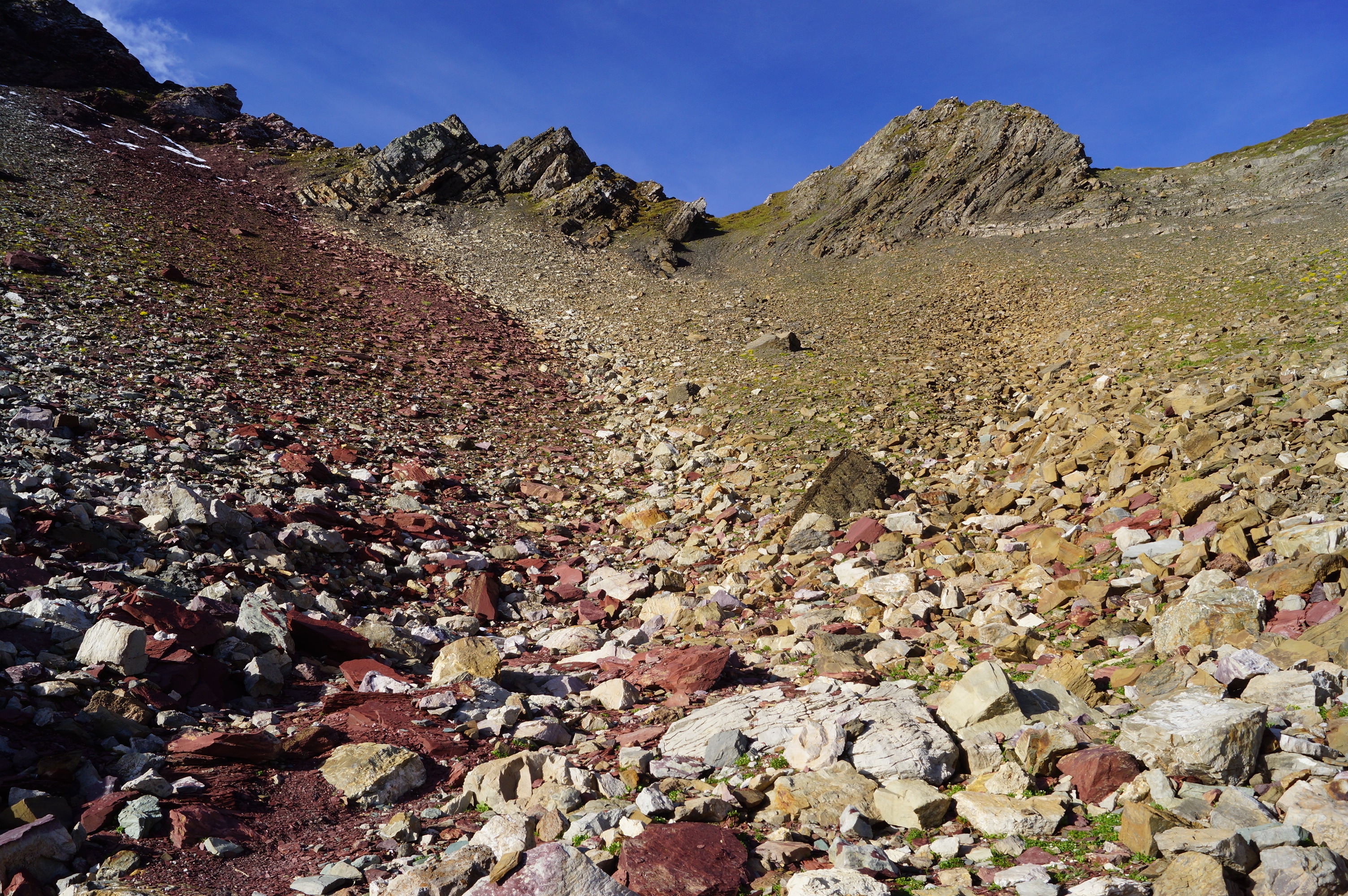 Diverse types of rock – the building blocks of the mountains

The wealth and variety of colourful rocks on the surface of the earth are enormous in the Tectonic Arena Sardona.

The oldest rocks of the region can be found around Vättis SG. The gneisses there are over 300 million years old. The tips of the Tschingelhörner consist of 250-300 million year old Verrucano rock, which was deposited a long time ago in a desert climate at the equator.

The Churfirsten and the Calanda consist of limestone, which comes from a sea deposit. The huge rock faces consist almost exclusively of ancient microorganisms that accumulated at the bottom of the sea over millions of years.

Flims rockslide – how a mountain crumbles

Rockslides move several million cubic metres of rock in minutes and thus contribute to the formation of the Alps.

The Flims rockslide is the largest rock avalanche in the Alps. An estimated 9450 years ago, around 10 cubic kilometres of rock thundered down into the valley. We do not know exactly what caused the rockslide, but the effects must have been felt far into the lowlands. In addition to the Flims rockslide, there are many other forms of erosion in the region, such as the removal of rock material by glaciers. 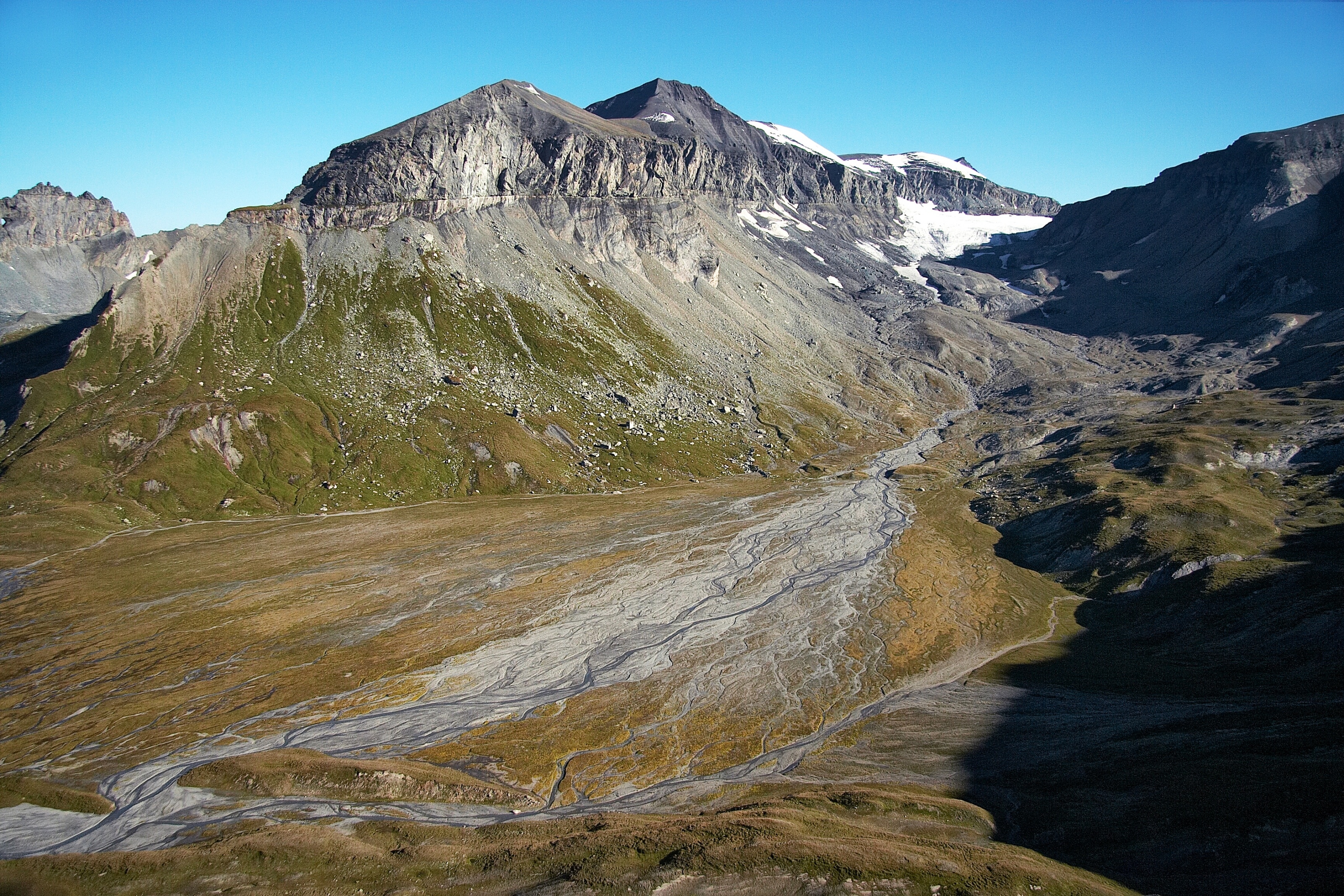 The Sardona World Heritage Region offers an unusually high concentration of witnesses to earth’s history worthy of protection,so-called geotopes, in a pristine landscape.

The various rock substrates enabled the diverse alpine flora and fauna as well as raised bogs and alluvial plains to develop. Animals as different as the ibex and the bearded vulture find their home in the Alps. Some areas have been registered in inventories of national importance. 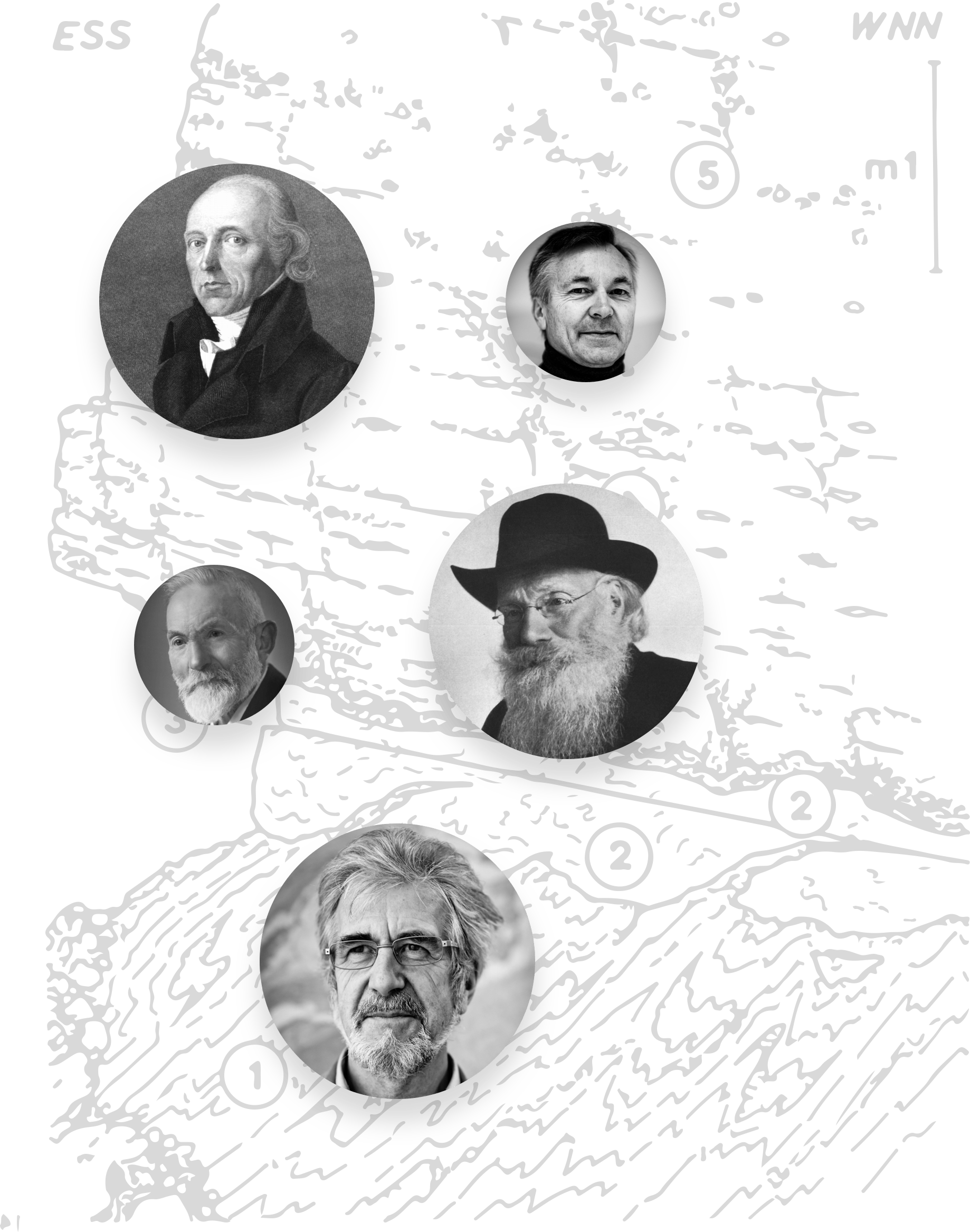 Scientists have been arguing about the formation of mountain ranges in the World Heritage Sardona for over 200 years.

The emergence of mountains and mountain ranges is a topic that, even more than other areas of science, is characterised by a wide range of opinions and controversial interpretations. Geoscientists were able to find important puzzle pieces on the formation of the Alps in the Sardona World Heritage. This led to fundamental insights into the formation of mountain ranges on earth.

The importance of the area for geological research continues. Even to this day, scientists are conducting research in the region in order to gain an even better understanding of the formation of mountains. 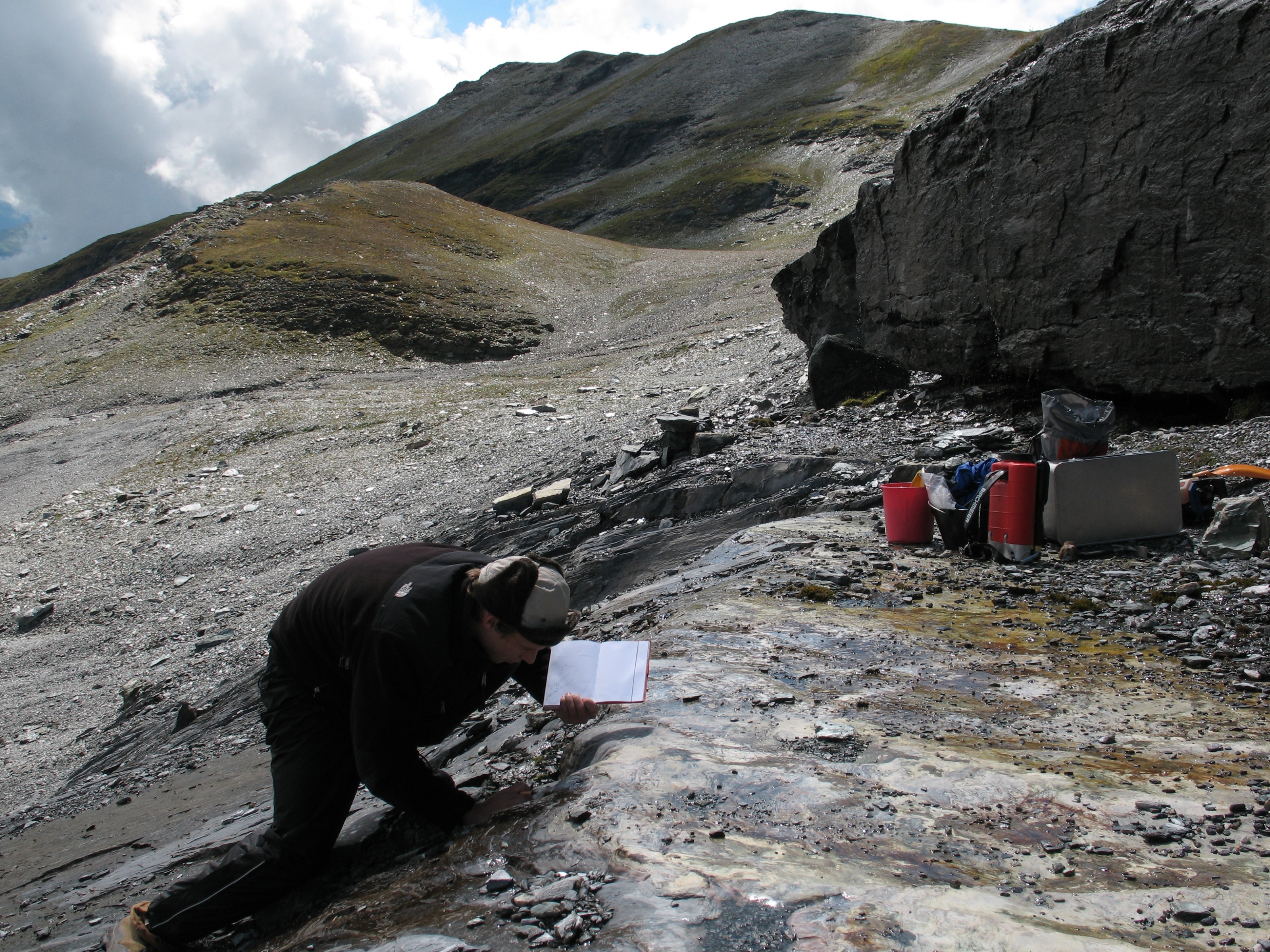 The fact that the clearly visible “magic line” is a huge thrust surface of rock packages can be considered a scientifically confirmed thesis these days. For a while everything appeared to be clear that way.

However, as is so often the case in the sciences, the younger generations of researchers are once again questioning everything, are curious and see more question marks than certainties. This is what happens again and again in the Sardona World Heritage Site!

Today’s questions revolve around the mechanisms of these enormous processes of mountain formation. How is such a process mechanically possible? What types of deformation took place? What role did deep groundwater play? When and how quickly did the movements take place?

Geological research is not running out of things to study!