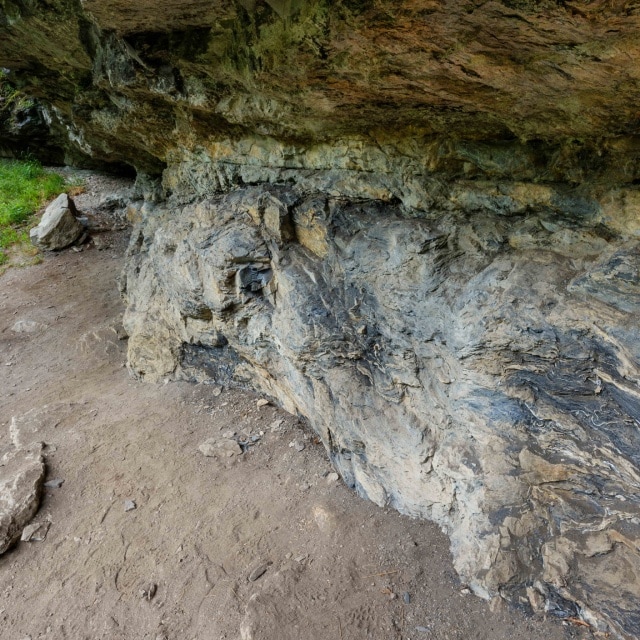 The Glarus Thrust: In Switzerland’s most famous geological outcrop at the Lochsite, 250-300 million-year-old Verrucano rocks rest on younger, 35-50 million-year-old Flysch rocks. Since the 19th century, fundamental insights into the formation of the Alps have been gained here. Specifically, scientists understood the way mountains form as a result of overthrusts. Previously, earth scientists had assumed that mountains were formed due to the shrinkage of the earth in connection with the mantle cooling.

After visiting the Lochsite, it is clear to everyone that “alpine folding” never happened!