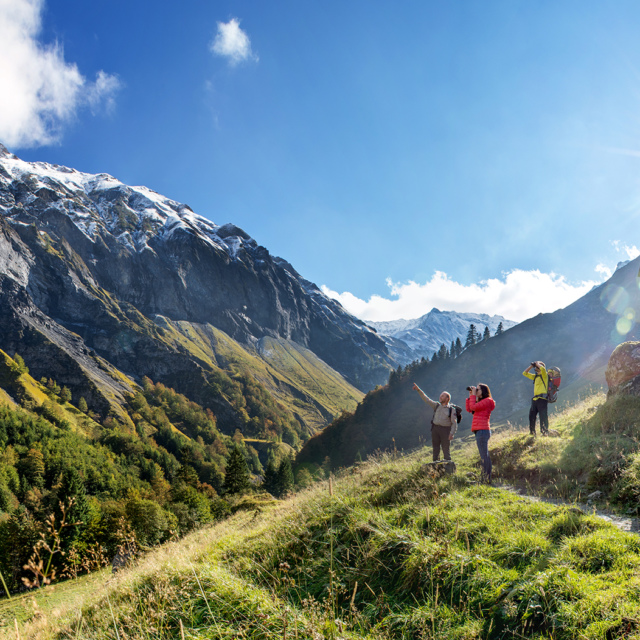 The Via GeoAlpina is a joint project of the Alpine countries, which was launched as part of the International Year of Planet Earth 2007. The aim of the project is to highlight the geological, geomorphological and hydrological highlights along the various routes of the ViaAlpina from Trieste to Monaco.

Two stages of the Via GeoAlpina lead through the Sardona World Heritage. The first one leads from Weisstannen to Elm. On this stage you can see a geological phenomenon of global proportions: the Glarus Thrust. It shapes the landscape along the route and is clearly visible on the flanks of the mountains.

The second stage from Elm to Linthal leads through an impressive landscape with a mountain panorama in which the Glarus Thrust is particularly visible. The view is particularly beautiful in the first part of the route, with the legendary Martinsloch and the Tschingelhörner, which mark the border between the cantons of Glarus and Grisons.

Download the brochure about the two stages of the Via GeoAlpina that lead through the Sardona World Heritage Region. It can also be ordered from headquarters or from the shop.