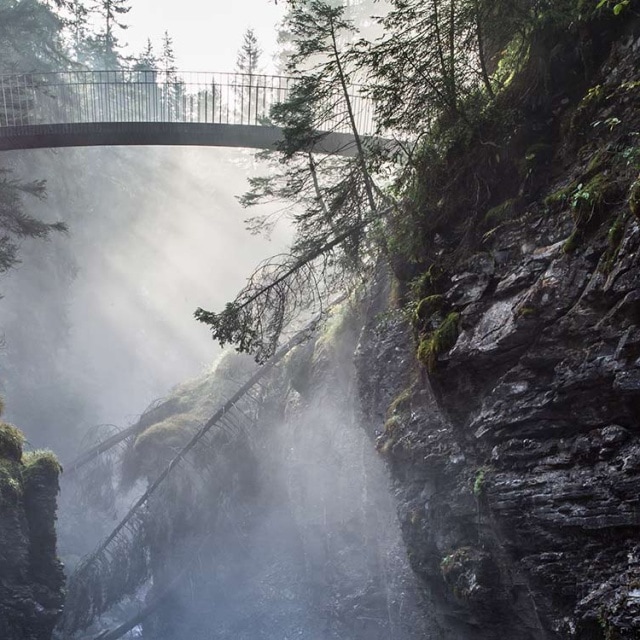 The starting point of the trail is the waterfall on the lower Segnesboden above Flims, which can be reached either from the Naraus/Grauberg mountain station or the Alp Nagens shuttle station in approx. 1 hour. From there the trail (hiking route 764) takes you over the seven bridges, specially designed for the trail, in just under 4 hours with 1260 metres of descent. It ends down at the Flims valley station.

The hiking trail can be divided into stages by the three mountain railway stations Foppa, Naraus and Grauberg, the shuttle station Alp Nagens Stalla as well as by the exit and entry possibilities Punt Prau Ault, Punt Gronda, Punt da Max, Punt Desch, Segneshütte and Segnesboden. So the hike does not necessarily have to be covered in its entirety.

The hike can also be enjoyed from the valley to the mountain instead of from the mountain to the valley as described.
Starting point: Segneshütte
Distance: 9,1 km
Descent: 1260 m
Duration: 4 hours