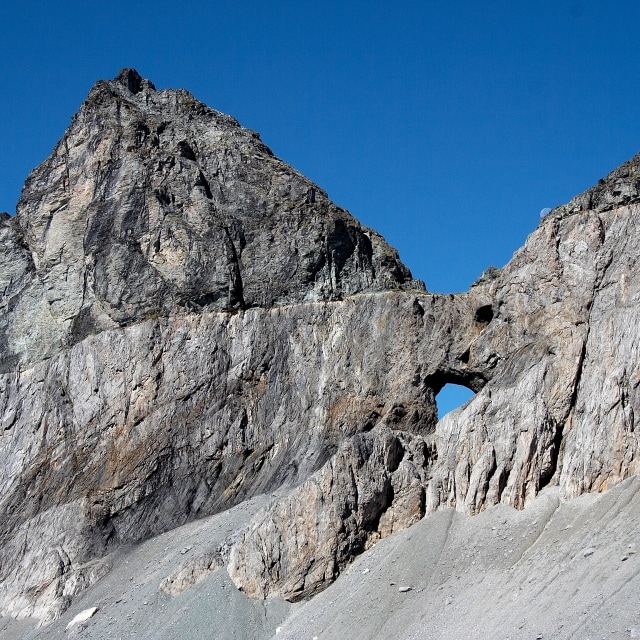 Within the legendary Martin’s Hole two weak rock layers cross each other: a soft, flat, dark marl layer and a steep fracture surface. In this area the erosion was able to remove the limestone more quickly and Martin’s hole, with a diameter of more than 15 metres, was created. On two days in spring (13-14 March) and autumn (1-2 October), the sun’s rays hit the church of Elm through the Martinsloch.

Crossing the peaks of the Tschingelhörner, the Glarus Thrust lies at approx. 2600 metres above sea level. Of the Verrucano rocks, only the greenish-grey layers at the base remain, from which prominent jagged peaks were eroded. Between the Glarus Thrust and the young, brownish weathered, shifted Flysch rocks lies a mighty band of mesozoic, massive limestone rock. The Tschingelhörner are prominently visible from Elm and from the Tschinglenalp – as well as in Flims from the Segneshütte.